I was wrong and we missed out 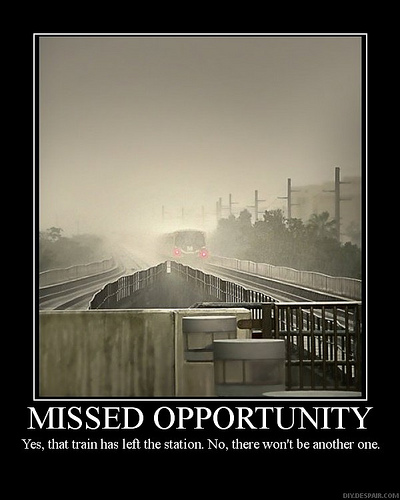 So, it was the office Christmas Party on Friday.

A few beers and laughs were had, much discussion on our testing world but on reflection I missed a great opportunity.

I need to be vague but chatting to a person (currently a programmer, who will remain nameless) who said that someone who he knew 'took a step down the ladder and decided to be a tester.'

Now, my response contained more than a little indignation. I put together a polite but scathing comeback, wallowing in my own righteousness.

I was wrong. I had a chance to have a reasoned debate around why this person thought what he thought about testing as a craft. I could have asked:

I let that slip away when we could have learned something from each other. And another chance to progress the debate of the value of testers and what we bring to the world. 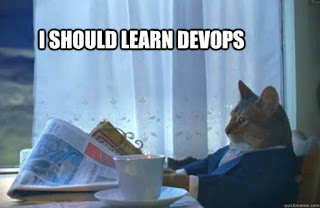 A Lone Tester at a DevOps Conference

I recently had the chance to go to Velocity Conf in Amsterdam, which one might describe as a DevOps conference. I love going to conferences of all types, restricting the self to discipline specific events is counter intuitive to me, as each discipline involved in building and supporting something isn't isolated. Even if some organisations try and keep it that way, reality barges its way in. Gotta speak to each other some day. So, I was in an awesome city, anticipating an enlightening few days. Velocity is big. I sometimes forget how big business some conferences are, most testing events I attend are usually in the hundreds of attendees. With big conferences comes the trappings of big business. For my part, I swapped product and testability ideas with Datadog, Pager Duty and others for swag. My going rate for consultancy appears to be tshirts, stickers and hats. So, lets get to it: 3 Takeaways Inclusiveness - there was a huge focus on effective teams, organisational dyn

Thanks to Wikimedia Commons for the image A few months ago I got a very intriguing invite from a certain Richard Bradshaw to contribute to MEWT, an event I had been aware of out of the corner of my eye for a couple of years. The event is held at the beautiful Attenborough Nature Reserve and we delivered our reports within the Media Centre, perched in the middle of the lake. A stunning venue, and a great setting for learning. As well as being my first MEWT, it was also my first peer conference, where experience reports are presented and then the floor is opened to questions, clarifications and comments. After the floor was opened to determine the running order, we took a vote. I'm not going to lie, I had a hangover, after discussing what the time "half eleven" means to a person from The Netherlands into the relatively small hours the night before. This naturally mean't I would be first up. Of course it did. So I began to talk through my model for surf

After much anticipation, myself and three of my colleagues embarked on the Software Testing World Cup journey in the European Preliminary. We had prepared, strategised, booked rooms/monitors, bought supplies and all the other (actually quite long list) of tasks to get ready for the big day. Armed with the knowledge that I would be jetting off on holiday the following day, we entered the (metaphorical) arena to give it our all and hopefully have a little fun. Here are my thoughts about 3 interesting (exhausting) hours. When I reflect..... Over my testing career, I have learnt to really value time to reflect. Study a problem, sleep on it, speak to peers for advice, come up with an approach. The time just doesn't really exist (in the amount that I needed it) during the competition, which made me uncomfortable. A little discomfort can teach you a great deal, and indeed amplified the more instinctive part of my testing brain. Following on with the above, I'm happy